I got an order for someone leaving for a trip around Europe. They wanted “travelling” cupcakes but left the details for me to decide… I thought passports, suitcases, planes and then it hit me! A road map!  The lucky guy was travelling through UK, Netherlands, France and Germany, so I created a cupcake for each country and linked them like a map. You get to eat them, while you talk about all the cool places you plan to visit ;D

Here is the first cupcake, Bye, and a plane…

Following the “red dotted line” you reach the first stop, The Netherlands! A windmill, clogs and a tulip were my first thoughts when thinking of Holland… 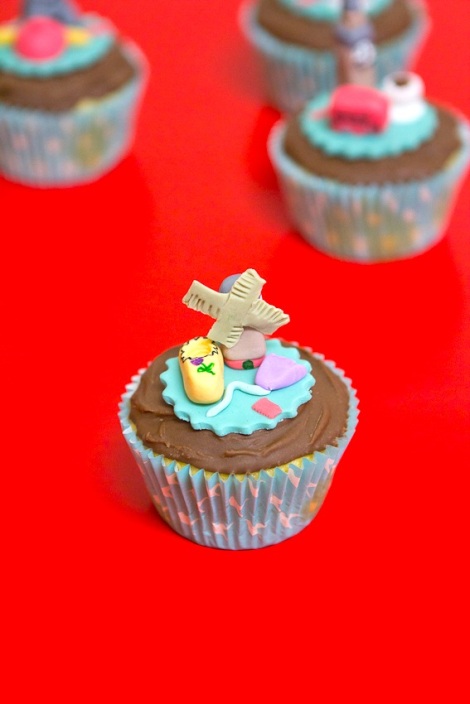 Then you continue to Paris with a baguette, a red beret and the Eiffel tower, which was pretty hard to do. I went with “try” no.5 and still not convinced! 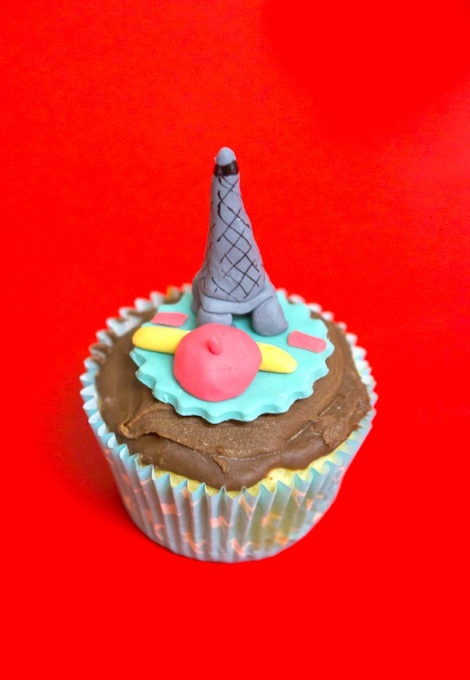 Then London with the Big Ben, a red double decker and a cup of tea:

Germany’s cupcakes had a Bratwurst with chucrute, a beer and the Cologne cathedral 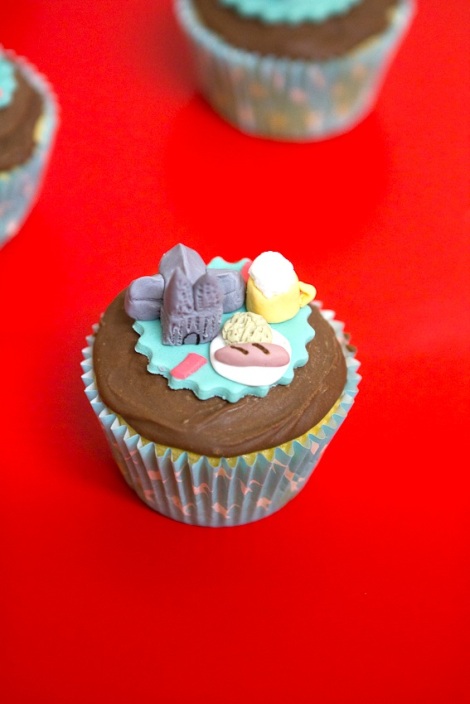 Cupcakes were white chocolate with milk chocolate icing and all deco were made with fondant. I just wish the guy had gone to Spain, so I could have done some “patriotic” cupcakes too! ;D